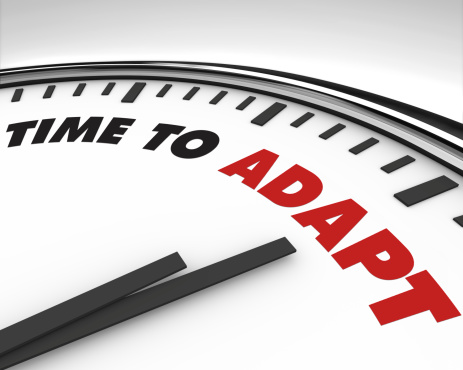 One of the worst feelings in the world is seeing those flashing red-and-blue lights in your rear-view mirror signaling that you’re being pulled over by a police officer.

More often than not, those lights indicate that you were driving too fast for the road you were on … at least that’s my pattern. (Yes, it is, unfortunately, a pattern in my life — pray for me!)

As leaders — bosses, parents, coaches and leaders of all kinds — we often are also driving too fast for the road that we’re on in life.

We’re zooming past our kids who need our attention. We’re flying by co-workers who are hurting. We’re running past opportunities to be still and know that He is God.

Instead of rushing through life, leader, perhaps it’s time to slow down a bit.

1) You’re missing life. Bill Hybels once said that leaders too often forget to enjoy the journey. With two college students and a high school senior, I can’t believe how quickly my kids’ childhoods passed by. I certainly tried to enjoy their childhood years. I can’t say that I was perfect, but I certainly was mindful of the time.

However, there are other opportunities in life that I am sure I missed from rushing. Make a decision to slow down now, and don’t miss out on life. It’s a gift!

2) Haste makes waste. When we rush, we mess up. If you don’t have time to do it right the first time, you’ll most likely have to do it again later. Don’t sacrifice peace of mind, a good decision and long-term timing by rushing to a decision now. When you rush, there’s a good chance that you’re not making conscious decisions or choices, but rather running on autopilot.

3) It’s not that important. You need to slow down because you’re most likely doing too much. If you slow down, you can see the forest from the trees and really prioritize what’s important and what isn’t. If you’ve ever executed a personal time audit, you know that most people have a large number of time-wasters on things that appear important but really aren’t.

In this day and age of 24/7 media, internet and social media, people in 2015 don’t really understand stillness. Unfortunately, people don’t really understand God as much as they could, either. Take time each day, each week, each month and each year to be still before the Lord and to meditate on who He is.
What reasons or methods would you add to this list? What helps you to be still?

Eric Rojas loves his role as the executive pastor of Christ Community Church in St. Charles, IL, where he oversees a staff of 120 and serves alongside Senior Pastor Jim Nicodem. He has been on staff at CCC since 2000. During his 20+ years of ministry, Rojas has served in churches as a youth pastor, adult ministries pastor, small groups pastor, associate pastor, worship pastor and men’s pastor. He is a contributing author for Group Publishing’s Men’s Ministry in the 21st Century and has written for various magazines and websites. Rojas also serves the church-at-large through consulting and seminar presenting. He has been married to his wife, Rachel, for 22 years. They have 3 children — Luke, 21; Adam, 19; and Chloe, 17. A man of faith, Rojas believes that next year is the year the Cubs will finally win the World Series.