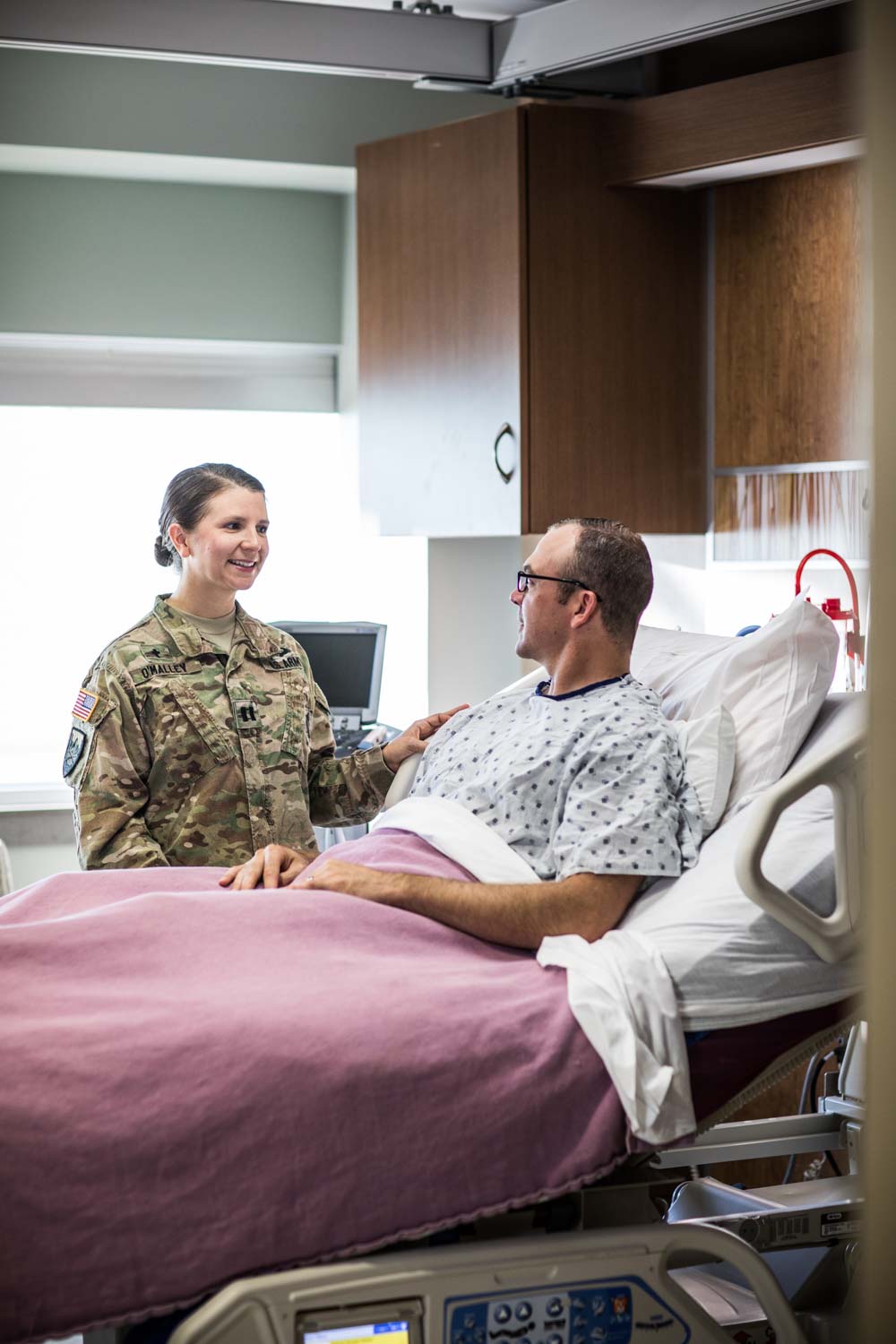 For Chaplain Major Sharon Browne, D.Min., the road to active-duty chaplaincy was, as she calls it, “a bit circuitous.”

At 19, Browne joined the Army and, as an enlisted Soldier, became a Christian. The example of a female drill sergeant was pivotal. “I watched her for about eight months, and she was an authentic Christian,” Browne recalls. “She didn’t swear, but she was very firm with her Soldiers.”

“I want to believe that it’s because of her witness that I decided to become a Christian.”

“Where do you belong?”

Browne’s spiritual formation happened while stationed in Germany. As a divorcee, she says her Christian story wasn’t perfect; however, it made her relatable to fellow Soldiers. Although Browne wasn’t aware of the chaplain corps at the time — let alone in pursuit of it — people often sought her out for chaplain-type conversations.

“All that time, God was grooming me,” she says.

When Browne left active duty, she returned to New York, enlisted in the Army Reserves, and set about putting her life back together after the divorce. Unpaid, she taught youth classes and Sunday school in a Pentecostal church. She led revivals and supported funerals and weddings.

“I did it because I loved the Lord,” she recalls. “God challenged me.”

When Browne began her undergraduate degree at New York’s College of New Rochelle, professors encouraged her to consider seminary. She resisted; she had a well-paying job and “was surviving.”

But, September 11, 2001 was a turning point in Browne’s faith journey: on that day, she found herself standing at Ground Zero.

“I watched people jump out of the buildings because their options were to either burn or die that way,” she recalls. Among the chaos, she thought: How many of those people are dying without doing what God told them to do? “I didn’t want that to be my story,” she recalls.

Soon after, Browne enrolled in seminary. It wasn’t long before the dean of the seminary asked a crucial question: Where do you belong?

“I realized that the only people I knew how to talk to were Army people,” she says. So, on her 41st birthday, Browne reenlisted.

She was deployed right away. During that time, chaplains helped her plot her own path to the chaplaincy. Now, 10 years later, Browne is a Major and recently earned her D.Min.

“My prayer is that there will be a woman somewhere, whether young or more mature, who will sense the call of God that says, This is a possibility for you.”

For Browne, the most rewarding aspect of Army chaplaincy is walking with Soldiers in varying stages of their lives — the highs and the lows.

She has married Soldiers in her unit and baptized and dedicated their children.

She has also officiated funerals and comforted Soldiers in battle. When a young man was killed on patrol and his body was brought back to camp, the young Soldier who had tried to revive his friend was in desperate need of comfort.

“He was so angry; he really just wanted to just explode,” she says. “He had blood on his face. I took a rag and started wiping it. I just talked to him. Maybe it’s maternal instinct, but that calmed him down.”

Joyful or tragic, Browne says she is grateful for any opportunity to minister to Soldiers.

“They help me to know that I’ve been inculcated into the unit,” she says. “It’s extraordinarily rewarding when people allow you into their space.”

While the rewards are many, Browne also strives to be transparent about what’s required of an Army chaplain applicant. First and foremost, one’s spiritual discipline needs to be secure.

“Actually, you’ve got to get your mind, body and spirit together,” she clarifies. “You need to be strong in whatever your theological formation is, and make sure your spiritual life is strong enough to handle the encounters you’ll face.”

Just as important, of course, is knowing what the Army chaplaincy is not. As an active-duty, full-time chaplain, Browne emphasizes that she’s “not jumping out of airplanes every day.” Rather, some days are quiet; others, mildly chaotic. “It’s important to understand that this is definitely a flexible environment.”

Another misconception Browne hopes to dispel is that the Army dictates how its chaplains pray and preach. “The Bible says, ‘with loving kindness have I drawn thee,’” she explains. “So, I try to be as inclusive and supportive as I can. But, if you catch me in the pulpit on Sunday morning, you’re going to get straight Jesus, no chaser.”

Naturally, active-duty, full-time chaplaincy isn’t right for everyone. For some — full-time church leaders, in particular — Browne suggests that Army Reserve chaplaincy can offer a better fit.

From a practical standpoint, it makes good financial sense. Browne cites a recent Pew Research study showing the average age of clergy in the pulpit is 55. Pastors aren’t retiring — not because they don’t want to, but because they can’t.

“I believe that one of the things that we can do as wise stewards of the resources that God gives us — including our time and our young, strong bodies — is to create multiple streams of income,” she says.

Additionally, Army Reserve chaplaincy builds experience. “If you’re viewing your worship space as ‘church,’ it becomes important for you to figure out how to stay relevant in whatever context you’re in,” she advises.

Finally, Reserve chaplaincy offers an opportunity to expand the church body. “Those 200 to 1,500 people you encounter during a drill weekend are potential members,” Browne points out. “If you want to take the church outside the walls, this is one way to do it.”