Home»Blog»FINANCE»Capital Campaigns»Giving reports to the pastor: 8 reasons why the pastor should know what people tithe 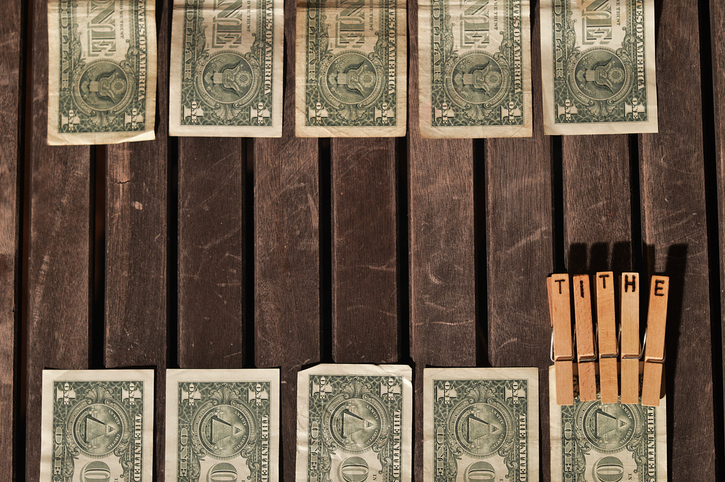 This article is an excerpt from “CHURCH BUSINESS: Making the Business of the Church Easier, Simpler, and Much Less Painful.”

Should the pastor know what people tithe?

I used to think he shouldn’t. But then I learned about Dan. Knowing the truth about Dan changed my mind.

Dan had been a leader in the church for decades, was chairman of the board several times over, and when he wasn’t on the board, he led other leadership teams such as the finance committee or oversaw building projects. He owned a well-known local business and was quite wealthy. His passion for leading the church was evident and he often stated he was the first to give financially during major capital campaigns or special offerings. Dan’s leadership was highly respected and nearly everyone, including the pastors and elder board, assumed he was the highest financial contributor to the church.

But it turns out, when it came to tithing, Dan was a fraud. When I became the business manager, I found Dan had very few donations of any kind in our records. In some years, he wasn’t listed at all. His reputation of being generous with his wealth was simply a false front to hide that he never gave much at all. And nobody knew it! He raised money from others, promoted giving in the church, oversaw millions in tithes from others, yet didn’t do it himself. It was a lesson that we needed more information about our people and how giving patterns worked. As leaders of your organization, you too, need more data to make better decisions. 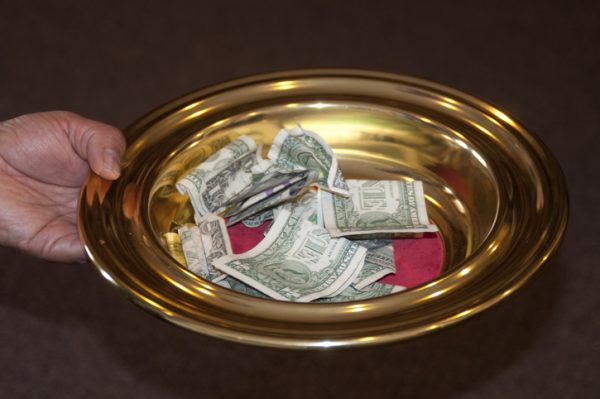 Which brings us to the question that is especially contentious: Should the pastor know what people tithe?

Just asking the question has the potential to get the blood boiling of many Christians if they believe the answer is a resounding “no.” Many think the pastor should never know what anybody gives to the church. “It is between me and God,” many say, citing that it’s a very personal matter and should never be disclosed to anyone.

So, should a pastor know what people tithe? Absolutely!

Pastors, especially those with longevity, already know a great deal of private and very personal details of their congregation members. They know about the cancer, the affair, the job loss, the bankruptcy, the new job, and that long-awaited pregnancy. Adding in what people give financially doesn’t change his ability to keep confidential informational confidential.

Jesus knew. In Mark 12:41-44, Jesus was watching as people put their money into the temple treasury. When he saw the woman put in two small coins, he called his disciples to tell them. Certainly, this text is to teach that giving to the Lord is about giving sacrificially and not for earning the respect of others. Yet, Jesus called his disciples over to discuss the matter. Not only did Jesus know what was given, he shared it with the other leaders!

In Luke 21:4, Jesus comments that he knew some “gave out of their wealth” and that “she gave out of her poverty.” Jesus used this to honor this woman’s generosity and sacrificial giving. It was important to him that this woman gave so little. Shouldn’t our pastors be able to honor those who “give little” when that “little” was given sacrificially?

Giving sacrificially is a spiritual gift. If this is true, shouldn’t it be treated like other spiritual gifts? If a church needs people to serve or counsel or pray in certain areas, the pastor goes to those who exhibit those gifts. In the same way, the pastor should be able to go to those with the gift of generosity and ask them to participate in specific financial needs. Yet, if the pastor is not aware of who has this gift, he cannot encourage growth of others in the spiritual gift that God has given them.

A common argument is that the pastor might treat people differently when he knows how much they tithe, giving preferential treatment to those who give a lot, and little time to those who give less. It’s true one’s perspective of another church member might change when new information is presented. Yet, don’t we all do this anyway? As leaders we are afforded a certain level of judgment. Based on what we know of people, we elevate people to positions of leadership or we ask them to step down. Will knowing what people give financially change a pastor’s opinion? It might, but that’s not necessarily a bad thing. Knowledge informs our decisions every day, this is no different.

Many Christians say their financial gifts are between God and the giver. Are they really? Should someone’s porn use be viewed that way? What if the pastor learns of a person’s affair? Is that only between God and that person? No, your sin often affects others, it affects the Church, and it should indeed change a pastor’s view of that person. As humans, what we know about others does indeed change our perspective and that isn’t always a bad thing. Our judgment of other people is what makes us trust and distrust others. It’s called discernment, and if the pastor does not have the ability to judge a person fairly based on the circumstances, then I would argue maybe he shouldn’t be a pastor. Knowing what people give to the church is no different than knowing what other spiritual gifts a person has to offer. It helps show where their heart is. When we can’t trust God with our money, we have a deeper issue that needs to be considered.

Many people claim it’s simply not the pastor’s responsibility to know. Yet, given the context of the Church, this is faulty reasoning. If you knew that I was aware of which inappropriate websites you were looking at late at night, your behavior might change for the better. It’s called accountability. Same goes for money. Peter knew how much Ananias and Sapphira gave in Acts 5:1-11 and dealt with them accordingly. This passage clearly teaches that you cannot lie to God and others. Yet, the point is that Peter knew. He knew the circumstances of what Ananias and Sapphira were giving (and not giving) and he called them out on it.

If the pastor is not aware of people’s giving, the church might allow people on the board or other key leadership positions and not know they are not financially committed to the church. Perhaps that person is a great leader, but if they cannot tithe appropriately, or at least in the way the church expects, then perhaps they should not be in a leadership position. In the case of Dan, the pastor was astonished that Dan didn’t give the way he was perceived to be giving. This indeed changed the pastor’s view of Dan and his commitment to the financial well-being of the church, as it should have! Giving financially to a church is a basic spiritual discipline of the Christian faith and one who does not share in this aspect of church expectations should perhaps not be considered for a top-level leadership position.

What CEO of any corporation doesn’t know who their top revenue generators are? In fact, in most businesses, big and small, all the top executives know who the biggest customers are. They know them by name and face, where they work, what they do, and their current life circumstances. The church should be no different, but this doesn’t mean that what a person gives financially should be known among everybody. The senior leader, however, should certainly have an awareness of who gives how much.

When a pastor knows that John Doe gives large sums of money, it opens the door for a conversation between the pastor and John. If the pastor sees other strong spiritual leadership qualities in John, perhaps he would be willing to serve on the finance committee or elder board or other area of leadership that would best utilize his spiritual gifts of generosity or business acumen. Without knowing about John’s giving history, the pastor may simply encourage John to serve in a regular volunteer position, not utilizing his God-given abilities. The opposite is also true; not knowing what John gives (or doesn’t give) may lead to the pastors asking John to serve in positions he shouldn’t be in.

Many churches have a long tradition of not allowing the pastor to see the tithing records. I believe it keeps the pastor from knowing and understanding the bigger picture of the church and fully knowing his own congregation. It prevents him from knowing who fully buys into church engagement. We all expect that when we eat at a restaurant, we pay that restaurant. You pay where you eat! Not only do we expect the waitress to know how much we’re spending, we expect her to know when we’ve paid and when we haven’t. We also tend to care very little about what she thinks of us when we order only a single cup of coffee or a $50-steak. Why should we care whether the pastor knows how much we give? Rather, we should expect that he knows, honor his position of authority, and allow him to use that knowledge to better lead the congregation.

Dan was a good man and I’m sure he meant well. Undoubtedly, he loved his church. But because the senior pastor had no knowledge of Dan’s giving record, he was allowed to lead in places he shouldn’t have.

If you are a senior pastor, don’t be caught without all the information. Having access to the giving records gives you the knowledge you need to make better decisions, invite those who may be able to help lead, and have a different conversation with those who may not yet be ready to lead. Sometimes, people need a gentle reminder that they need to pay where they eat.

Nathan Freeland is author of “CHURCH BUSINESS: Making the Business of Church Easier, Simpler, and Much Less Painful.” President of Reach Consulting, a firm dedicated to helping pastors and church leaders with their church business, Freeland lives in Central California with his wife and six children. “CHURCH BUSINESS” can be purchased here.

6 Responses to “Giving reports to the pastor: 8 reasons why the pastor should know what people tithe”