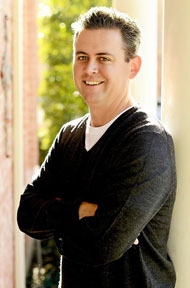 It isn’t enough to simply do what you’ve been asked to do. That’s a given. Ministry staff must be cohesive units that execute ministry’s calling. I’ve observed that some churches emphasize “getting the job done” without looking at how to get the job done in a way that reinforces other church objectives, such as cultivating team chemistry or building godly character. There’s no reason “getting the job done” has to be the only thing that happens when staff works on something – ever. The job will get done better and more consistently if those on the staff like each other. I don’t mean they are best friends; but, rather they like each other enough to consider hanging out with each other outside the office. Laughter should be common, and there should be intellectual respect for one another.

How does one accomplish this? Here’s a shortcut: hire people you like. Ask yourself whether they are a good fit for your team. Or, if your team is dysfunctional, would they bring better chemistry to the team (as you work on the relational aspects of your team, of course). When we hire at NVC, we don’t care less about how “productive” or competent a minister is – they have to fit. We obviously aren’t going to hire an incompetent person; but, it’s far easier to find competency than chemistry.

Surprisingly, I know some churches that don’t want to hire people they know get along well with other people on their staff. The fear is they will squirrel around too much, or personalize one another’s departure from the staff if it ever comes to that. In churches where there’s a lot of elder/staff tension, some elders actually bring a “divide and conquer” mentality to the hiring process. They look for a company man or woman rather than someone who might lower tensions by bettering the work environment by enhancing chemistry. What a huge mistake, and one that really hurts the ministry.

Fun and team chemistry accentuate productivity. True, they can also facilitate a bit of goofing off, but in the long run, that’s a good thing. Here’s the reason: Ministry is a team sport. If you hate your team, it ruins the sport. You might play hard though true grit or a sense of calling, but privately, you’ll be either looking for a trade or wanting to practice or play on your own. Either of those is bad for the church. Loving, and LIKING the people you’re serving with means a greater willingness to say “yes” when the church asks someone to go the extra mile – if for no other reason than they like hanging around with each other. So, if we need to set up 1,000 chairs, I’m there, because I know that somehow it will be not only done, but it will be fun. Imagine doing that alongside people you didn’t like. You’d either try to dodge it, or it’ll suck the very life force out of you. Miserable task + miserable coworkers = miserable ministry.

Hire people you like, are capable, and live out the Gospel. It’s amazing how much those qualities bring intrinsic accountability into a staff team. If your staff members hate each other, you’re going to need to make some changes before you can get top-shelf ministry out of your team and build long-term cohesion and joy in service to Christ. Make them…wisely and compassionately.

These three remain: Character, competency, chemistry (Hybels’ terms). The greatest of these is character. Vice-greatest is chemistry. Good team chemistry will pull the best out of everyone on the team. If you want top-shelf ministry and long-term staff continuity, hire godly, capable people you like.