Home»Blog»LEADERSHIP»Communication»IMPROVleadership: getting your team to talk 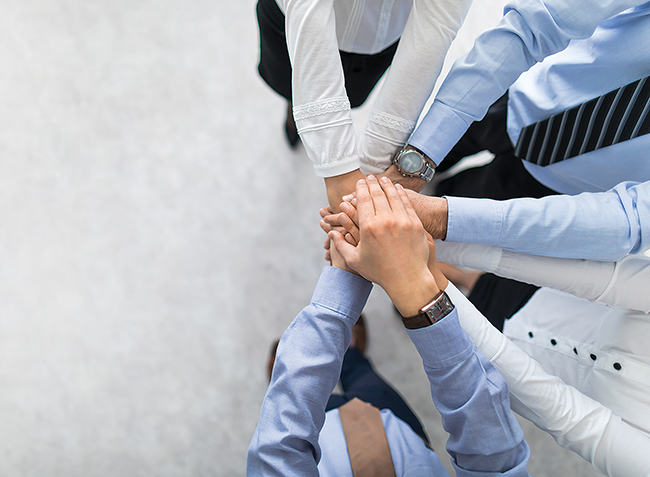 As a church leader, it’s your job to inspire and motivate your staff. For some, this ability comes naturally. For others, it’s not so intuitive; coaching others to do their best is a skill that takes work to develop.

The good news is it’s not difficult to work on this skill. You don’t need to earn a degree in psychology or survey your employees excessively. The real skill you want to develop is one you might not expect: improvisation.

What does improvisation have to do with keeping your church management team happy with their jobs? To answer this, Church Executive recently partnered with David A. Miller, lead associate over Slingshot Group coaching, to host a webinar: “IMPROVleadership — Creating an environment for your team to love their work.” In it, Miller discusses IMPROVleadership, a five-competency strategy to help ministry leaders draw the best out of their teams. Specifically, he focuses on two of these five competencies — Story Mining and Precision Praising — and how to adapt them to individual team members to increase happiness in the workplace.

Story Mining is thoughtfully uncovering a person’s story and allowing it to shape the way you lead.

Precision Praising is carefully crafting praise to inspire and course-correct your team.

Miller’s presentation was packed full of insights, but the main takeaway is that there is no one way to appeal to everyone. Employees are individuals, so the key to getting through to them is using improvisation skills to customize the feedback you provide to each person on your team. IMPROVleadership provides the adaptable tools you can use to learn to create this custom feedback.

Is this coaching done as a group or individually?

David A. Miller: I do it in both settings. We will do one-on-one coaching with a leader who has a staff that they oversee and give them the tools. We’ll also come in and do a full staff training.

Another thing we do sometimes is create labs, which are one-day experiences that we have all over the country, and we’ll bring people in from different churches. We’re actually going to do one in Arizona soon, and we’re already having some sign-ups for that.

In regard to Precision Praising, you talked about the Weight of Praise Scale, ranging from ‘zero’ (least impactful) to ‘10’ (most impactful). What are some examples of, for instance, ‘five,’ ‘seven’ and ‘10’ statements related to that?

For example, I’ve had people on my staff who are really energized in their leadership by getting more responsibility. They feel like, ‘Man, I’m doing really well.’

I have other people on our team who, if I were to give them more responsibility, they would cave under it. They would hate that and quit the next day.

So, understanding your people is really what’s important.

So, a ‘10’ would be the highest compliment, at the perfect time, then?

Miller: I believe that it would. A ‘10’ is the thing speaks to their soul. It speaks to who they are. It’s that moment when someone is able to say, ‘Man, my supervisor doesn’t just like that I do a good job. They care about me.’

And I think that, again, it’s game-changer stuff when your staff feels like they’re not just there to complete a task; they’re there to be a part of something bigger with you. I think a ‘10’ really helps to bring that to the table.

“IMPROVleadership — Creating an environment for your team to love their work”

How to keep your team motivated, creative, and ready to show up to “work” every day with Story Mining and Precision Praising

Is Precision Praising something you create on your own as a leader, or do you ever work with a team member to see what kind of praise they need to hear on a consistent basis?

Miller: I go back and forth whenever I get a question like that. Isn’t it kind of cool for someone to feel you praising them and not know it’s a tool you’re using? In some ways, the anonymity of that is helpful.

At the same time, there’s probably someone on your team who would love to contribute and be able to say, ‘Here’s how you can really draw the best out of me.’ Because they know themselves the best.

I think finding that moment for yourself, and which way you want to use it, is best.

Do you train other people to facilitate your method of coaching?

Miller: Internally, all 55 employees of Slingshot Group have been trained in how to use IMPROVleadership. Every time we’re coaching a team or an individual, they’re actually using these tools throughout that experience. I’m kind of the lead trainer of the full-day experiences [like labs] and things like this [webinar], but we have other trainers who are able to go out, too. We actually can be in multiple places at once to train.

Miller: Mariner’s Church has done this with one of their next-gen departments, one of their larger departments. They ask the question, ‘What are the most impactful moments of your life that have made you the leader you are today?’ And they told the staff to think about that, choose six [moments], and come back with sketches. It gave them the time to brainstorm it away from the meeting. And then, in every meeting, they discuss these moments. One or two people would, at some point in the meeting, share their six sketches. So, over time, they were able to really learn each other’s stories. And what they’d come back with is things that would make people say, ‘I worked with that person for 10 years, and I had no idea about this part of their life.’

So, that can be a good way to use it. 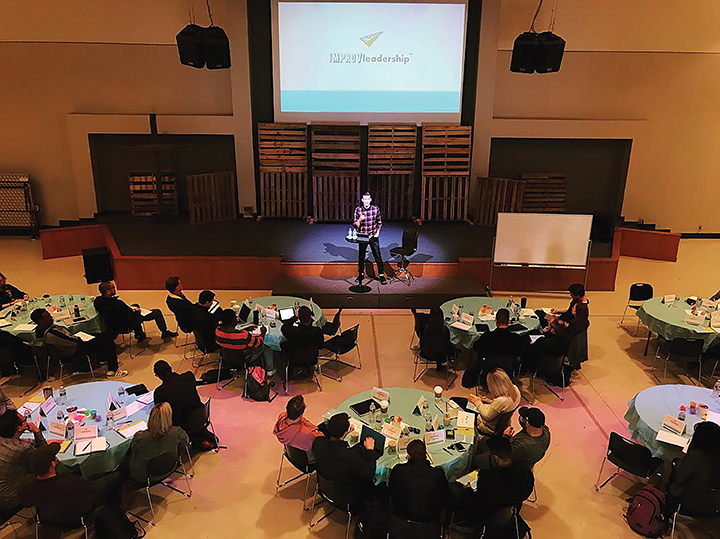 You mentioned you’re co-writing a book. Do you have a date for when that will be out?

Miller: We don’t. We’re in early stages on it. At this point, we’re writing it; we’re getting it all down on paper; and we’re getting the case studies and stories really locked down.

I believe it will be out within a year.

How do you adapt your coaching methods for ministry volunteers, not staff?

Miller: We all know that we can have higher expectations for staff than we do for our volunteers. But what I’ve learned is, when people are volunteering, they want to be engaged with. There’s no person out there who just wants to be a task person in your church right now. What they want is to be understood, to be seen, and to be valued. They want to be a contributor in some way.

So, with volunteers, we have churches who will use an intro questionnaire as they bring a new volunteer onto their team to get to know them better. You can really play with those questions and make the tool customizable to your surroundings and your situation.

I’ve also walked through the Six-Sketch Storyboard with volunteers, and some of the churches I’ve worked with have done the same. Again, it just bonds the team together to hear each other’s stories.

“It’s that moment that someone is able to say, ‘Man, my supervisor doesn’t just like that I do a good job. They care about me.”

Have you known people to do Precision Praising to manipulate? Or, can it be perceived as manipulation?

But this is relational dynamics that we’re talking about, right? This is the soft skills of being a people person.

So, yeah, it can be used as manipulation; but I think people want to know that you care about them.

How do these tools and skills inform or change the hiring process?

Miller: Every hire is a risk, right? More often than not, you don’t have much of a relationship with the person that you’re hiring. What you have when you’re hiring somebody is what’s on paper.

If you go through Slingshot Group, we have a 42-question questionnaire and a video and all this stuff, but not everyone has that information. And even with all that information, all you know is what’s on paper.

So, I think that if you can understand and master being a professional question-asker, you’re going to learn so much more about that person. If you have that intro questionnaire that they fill out, they’re going to walk into your interviews with you knowing them better and knowing what follow-up questions to ask — questions you maybe wouldn’t have gotten to if you were just asking for a teaching sample and a resume.

It really is intended to lift the lid and allow you into that person’s existence and get to know them as well as humanly possible. That’s the point of the interview process, right? To know them and to mitigate risk in that way.

It’s clear how these tools and skills lead to a better understanding of your staff and where they want to go. But what do you do when the direction the employee needs to go doesn’t fit with the culture or structure of the organization?

Miller: Here’s the thing: I’ll bet most of us know that there’s someone on our team who isn’t the right fit. We’re not trying to force something that isn’t a good fit. When we say we want people to learn how to love their work, what we’re trying to say is, sometimes loving your work means moving on to something else.

I don’t mean to be overly dramatic about it, but if there’s someone in your context who — no matter what you’re doing — you’re just not having the right fit, I think you just have to be honest about that. And don’t try to force them into kind of a square-peg-round-hole situation with these tools.

But what I think can happen with these tools is that you’ll learn quickly if that person is in a place where they’re going to thrive. Is that person in a place where they’re going to love what they do? You have to be honest about the people you have, and then you’re basically trying to help them be the best version of themselves — not the best version of what you need, necessarily.