PRNEWSWIRE — The Hispanic Mega Church Association (HMCA), a division of the National Hispanic Christian Leadership Conference (NHCLC)/Conela, has announced the appointment of Pastor Sergio De La Mora as its new president. De La Mora currently serves as the senior pastor of Cornerstone Church of San Diego, California and is author of The Heart Revolution: Experience The Power Of A Turned Heart. 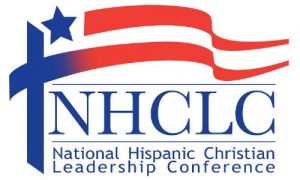 After a transformative faith experience 10 years ago following decades of gang-related crime and cocaine addiction, De La Mora founded Cornerstone Church on the guiding principle that the course of one’s life is always determined by the condition of one’s heart. Today, Cornerstone is the largest Latino-led church in the history of San Diego and has been recognized by Outreach Magazine as one of the fastest-growing churches in the country, with a weekly attendance of over 4,000.

“The day of the silent, isolated church is no longer relevant to the nation,” said De La Mora. “Our position as the collaborative church at large, governed by Kingdom values, emulates the resolution and veracity of Christ. It is the fortitude of our rising, cohesive voice which resonates the ubiquitous power of the cross throughout the nation. For every nationality, every demographic and every social circle, today is the dawn of a new day. And our responsibility as the local church is to lead this shift in power and influence by leading our families, communities and nation to experience a Heart Revolution.”

In order to further meet the needs of the emerging Latino Christian community, De La Mora co-founded the Turning the Hearts Center, a non-profit organization designed to empower youth and families and restore family unity and self-sufficiency through a variety of programs, seminars and support resources.

In 2008, De La Mora began the annual Heart Revolution Conference, a gathering of well-known thought-leaders from across the nation with the purpose of revolutionizing the hearts of the next generation. The Conference has reached thousands of individuals and featured various Christian speakers and musicians from throughout the world.

The Hispanic Mega Church Association brings together America’s largest Hispanic churches to share resources and ideas as well as to provide relational opportunities that will coalesce around a transformational missiology unprecedented in American Church history. From leadership journals to conferences, blogs, retreats and roundtables, the pastors of these large churches will be empowered to empower, built to build and equipped to better equip their communities. HMCA leads in the nexus of American Evangelicalism and multi-ethnic renewal.