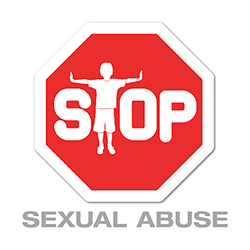 When in doubt, REPORT.

If every allegation of child sexual abuse was simply reported by church leaders to appropriate authorities, the resulting positive impact would be immeasurable.

Survivors of abuse would feel validated — by itself a significant positive outcome — pathways to healing would open, future victims would be spared and abusers would be revealed. Criminal behavior would be investigated and prosecuted, and elements of real accountability put in place. When ministry leaders simply report suspicions and allegations of sexual abuse, the church is perceived as a sanctuary where God’s love and justice are demonstrated.

Why is reporting such a stumbling block for the church?  Why is it so difficult?

For additional information related to state reporting requirements, clergy privilege and addressing allegations from the past, visit https://ministrysafe.com/church-executive.

Changes in the law — trends

Every adult is a mandatory reporter.

“In state legislation listing mandatory reporters by profession, the trend is to add clergy to that list.”

In many states, every adult is a mandated reporter of child abuse or neglect. In others, individuals required to report are listed by categories of profession or licensure (i.e., medical professionals, counselors, school personnel). The legislative trend is a removal of lists in favor of requiring all adults to report. In coming years, it is likely that every state legislature will adopt the requirement that every adult is a mandatory reporter.

In state legislation listing mandatory reporters by profession, the trend is to add clergy to that list. Occasionally, a state law listing clergy as mandatory reporters is qualified by removing the reporting requirement related to ‘suspicions gained through protected communication.’ This exclusion is known as clergy privilege.

In the past decade, clergy of all denominations have been deeply criticized for failure to report child sexual abuse. One of the most common reasons given by clergy for failing to report relates to clergy privilege. In the United States, most jurisdictions provide that private communications to a clergy member in his or her capacity as spiritual adviser, not intended for further disclosure, are privileged. Some states limit the privilege to ‘confessions’, while others apply the privilege only if the clergy member has a duty to keep the communication secret under the discipline or tenets of the church or denomination. Conversely, some states apply the privilege to any confidential communication made to a clergy member in his or her professional character, expanding the privilege into professional services such as marriage, relationship or grief counseling.

The clash between child protection and clergy privilege is an ongoing issue for state legislatures. Clearly, protecting children from child sexual abuse is a compelling state interest — a governmental interest so important it outweighs individual rights. As such, the importance of protecting children outweighs many other rights that might conflict with this compelling interest.

The protected nature of clergy communication has been recognized for centuries, and a form of this privilege has been adopted by statute in all 50 states. The clergy-communicant (priest-penitent) privilege traces back to the Catholic Church’s Seal of Confession, entrenched in law prior to the 1066 Norman Conquest. Though diluted after the English Reformation, the U.S. Supreme Court has noted that: “… privileges are rooted in the imperative need for confidence and trust. The priest-penitent privilege recognizes the human need to disclose to a spiritual counselor, in total and absolute confidence, what are believed to be flawed acts or thoughts and to receive priestly consolation and guidance in return.” The court opined that the privilege is “indelibly ensconced” in American common law. Without doubt, the privileged nature of clergy communication has recognized value. In general, clergy cannot be compelled to disclose privileged information in any governmental legal proceeding or investigation.

“If media headlines are any indication, those being prosecuted for failure to report are primarily employed by churches, camps, day care centers
and schools.”

Notwithstanding the importance of privileged communication and centuries of historical relevance, the clergy privilege clashes with many child abuse reporting statutes. Various state legislatures have clearly expressed the overriding importance of child protection. Other states have passed legislation narrowing or removing the privilege entirely where reports of child abuse are concerned. When equal expression of both interests cannot exist at the same time, child protection overrides because it is the compelling state interest.

In coming years, this trend of prioritizing child protection will continue, until clergy privilege does not exist when it conflicts with child abuse reporting requirements.

Criminal prosecution for failure to report

Every state has mandatory reporting requirements for mandated reporters, and failure to report a suspicion (or allegation) of abuse is a crime. Many state legislatures have increased penalties for failure to report, but the more noteworthy trend relates to enforcement.

After the Penn State scandal of 2011, law enforcement officials have significantly increased prosecution of ministry leaders who fail to report child sexual abuse. Our culture is angry and frustrated with repeated accounts of ministry leaders having information that remained unreported to law enforcement. As a direct result, other children were harmed. One outgrowth of this cultural frustration is a commitment on the part of law enforcement to hold ministry leaders accountable for unreported information or allegations brought to their attention. If media headlines are any indication, those being prosecuted for failure to report are primarily employed by churches, camps, day care centers and schools.

In some states, legislatures have passed requirements making adult-to-adult disclosures of past child abuse subject to mandatory reporting laws. In Texas, Colorado and South Carolina, for example, certain disclosures by an adult to another adult form the basis for a mandatory report to child protective services or law enforcement. In these states, a report is required when an adult reports abuse as a child and the following criteria is met:

In the past, it would be up to the reporting adult whether he or she chose to report past abuse, largely based upon an understanding of inherent privacy interests. As state legislatures continue to prioritize child protection over the privacy rights of an adult abuse survivor, this trend will continue.

For more information about changes in the law concerning adult disclosures of past abuse, visit https://ministrysafe.com/church-executive.

Keep these ‘best practices’ in mind with respect to your ministry’s reporting requirements.

Learn your state’s reporting process prior to a reporting event.

If you’ve never reported child abuse or neglect, take time to learn (1) what number to call, (2) what information is required and (3) if a written report is necessary.

Some congregants (or staff members) might not be happy.

In a circumstance requiring a report, it is possible that some will be angry or upset that a report must occur, or even ask or demand that you not report. Be prepared for this opposition. When in doubt, report — even when faced with resistance.

Keep a record of the report and inform your insurance carrier in writing.

Report historical allegations when brought to your attention.

When an allegation of abuse is brought to your attention months, years or even decades after the fact, do not fail to report simply because the allegation is old or involves individuals no longer involved or employed at your church. Be prepared to report historical allegations. Unless you are able to verify that someone in your ministry previously reported — make the report.

Again: when in doubt — REPORT.

An understanding of mandatory reporting requirements is critical for ministry leaders. Equally important is an understanding of behaviors commonly indicating abusive behavior; the grooming process of the abuser.

In child-serving ministries, the preferential sexual offender is the primary risk to children in ministry programs — representing 94% of prosecuted cases. (See our prior article, “Criminal background checks — not a silver bullet!“). When ministry leaders better understand the grooming process of the preferential offender — how an offender gains access to children, grooms a child for sexual touch and subsequently keeps the child silent — that ministry leader is better equipped to recognize risky behavior as it is encountered; before the offender has molested a child. With effective training, ministry leaders develop ‘eyes to see and ears to hear’ predatory behavior, which give rise to appropriate reporting. In other words, don’t wait until an individual is caught in a compromising position with a child to suspect a problem might exist.

To learn more about the grooming process of the preferential offender and behaviors indicative of child sexual abuse, visit https://ministrysafe.com/church-executive.

Many ministry leaders struggle with the thought: what if I’m wrong? What if I make this report, impact this person’s life, and I’m wrong?

Here’s the reality: by creating very broad reporting obligations and requiring that reasonable suspicions of abuse be reported, each state legislature has decided that the safety and welfare of the child outweigh the inconvenience to an adult (or another child, in peer-to-peer sexual abuse scenarios).

In some cases, a ministry leader has experienced significant difficulty in reporting a past allegation. Keep these two realities in mind: the United States has the best child protection and criminal justice system in the world, yet the system is clearly imperfect. Nonetheless, a poor past experience does not change legal reporting requirements related to a current circumstance.

Circumstances giving rise to a need to report are rarely convenient, easy or unemotional. Child sexual abuse allegations commonly involve behavior that is difficult to believe about an individual who is difficult to suspect. In part, this is because preferential abusers groom the gatekeepers in ministry environments, working diligently to cause those around them to believe they are helpful, responsible and trustworthy individuals. Keep in mind: false allegations are rare. Studies indicate that only 2% to 3% of all sexual abuse allegations are false; the majority of outcries are truthful and factual.

In our current cultural context, two out of three children don’t tell about abuse they have experienced until adulthood, if ever. This is further compounded by the fact that most children don’t tell because “no one will believe me” (which, too often, is true). The church must become more skilled at preventing abuse, recognizing signs and symptoms of abuse, and recognizing predatory behavior and characteristics. A ministry’s willingness to recognize and report suspicions of abuse forms a key element in protecting the children it serves.

Legislative code sections define abuse very broadly and require a report when a reasonable suspicion of abuse is formed. Broad reporting requirements exist because legislatures want criminal and child protection authorities armed with information used to protect children at the earliest possible point in time. If every allegation or suspicion of child sexual abuse is reported by church leaders to appropriate authorities, the church and Christ-based ministries become a true sanctuary for the most vulnerable among us: our children.

When in doubt, REPORT.

Kimberlee Norris and Gregory Love are partners in the Fort Worth, Texas law firm of Love & Norris and founders of MinistrySafe, providing child sexual abuse expertise to ministries worldwide. After representing victims of child sexual abuse for more than two decades, Love and Norris saw recurring, predictable patterns in predatory behavior. MinistrySafe grew out of their desire to place proactive tools into the hands of ministry professionals.

Love and Norris teach the only graduate-level course on Preventing Sexual Abuse in Ministry as Visiting Faculty at Dallas Theological Seminary.

One Response to “Reporting abuse — the church’s blind spot”