Experience teaches us that if two people look at the same thing, each of them will see something different. 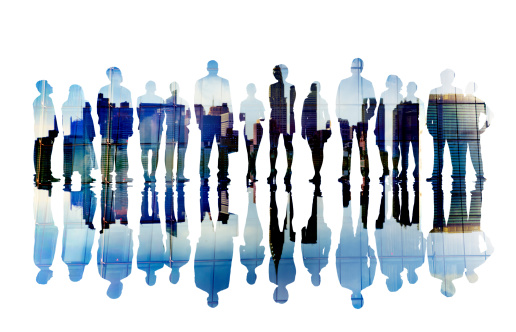 A man and woman can be shopping, for example, and while the wife may see a beautiful new pair of shoes that would be ideal for her upcoming cruise, the husband only sees the price tag. She can see how perfectly those shoes would go with the new dress she plans to wear for the formal night of the cruise. Her husband can only see how close the charge would put him to the credit limit on his Visa card.

Nowhere is this principle more important than in the way we view ourselves. The way we view ourselves will shape everything about us and set us on a course that is almost irrevocable. In fact, no human being can change the direction of his life until he first changes the way he thinks about himself. Stinking thinking is, without a doubt, the biggest roadblock to greatness. But the man who can recognize the way his mind shapes him and who can bring his own mind under discipline to proper thinking is the man who can do almost anything.

At some point in your life, you have probably heard the famous quote by Henry Ford. Ford said, “If you think you can do a thing or think you can’t do a thing, you’re right.” Ford, one of the greatest entrepreneurs and innovators in American history, realized that one’s mental attitude totally shapes one’s life. The person who thinks positively about himself will, over the course of his lifetime, do greater things and achieve more of his goals than the person who thinks negatively. Yet it is the natural tendency of the human soul to start from a posture of negativity.

All of us have heard our friends and family members bemoan the things in life that they view as impossible. In fact, this kind of thinking and this kind of speech are so much a part of everyday life, we hardly pay attention to them. “I wish I could own a house like that,” they say, giving voice to their own internal doubts that they ever will. Or perhaps they say, “I wish I had a job like that,” expressing their personal faith that they never will. The tragedy with confessions like these is that they are true. But they are true, not because the attainment of these things is impossible for the ones who uttered these lines. Rather, these statements are true because the belief systems of the ones who spoke these things will make their statements true. These people truly believe they won’t ever own a nice home, so they won’t. They truly believe they won’t ever have the kind of job they long for, so they won’t. The only real difference between the person who lives in that beautiful house and the person who admires the house from a passing vehicle is not opportunity or talent; it’s their opposing belief systems, particularly as those belief systems relate to their own abilities and possibilities. While the man living in that house saw the house as an attainable goal, the one driving by in envy saw that house as something far beyond his reach.

Great achievers of the past possessed this type of stubborn self-confidence. All of them overcame great opposition and great ridicule. All of them believed in themselves when others around them could not see their potential or their proclivity for greatness. Walt Disney’s art teachers told him that he lacked talent, that his silly drawings of animated flowers and wizards would never command the respect or attention of the public. Elvis Presley was told repeatedly that, although he had some talent, he didn’t have enough talent or the right kind of talent to succeed in the music industry. The same was said of the Beatles. How would you like to be one of the many producers who turned them down for a recording contract? Whether we are talking about statesmen like Abraham Lincoln or athletes like Babe Ruth, musicians like Benny Goodman or entrepreneurs like Steve Jobs, the truth remains that all these people possessed an almost other-worldly ability to believe in themselves when nobody else would and to press through to dreams that nobody else could see. In short, they had a mindset to believe in themselves.

To be great and to achieve your own success in life, you must begin the journey with an unshakable confidence in your own abilities. Whether others believe in you or not, you must believe in yourself. And whether the temporary conditions and circumstances that surround you are favorable or not, you must believe in yourself. In fact, if you follow in the footsteps of the great men and women named above, you probably won’t find your circumstances to be perfectly favorable and you probably won’t find much encouragement and support from your friends and family members. Nevertheless, your destiny will not be determined by circumstances or the opinions of others; your destiny will be determined solely by your own analysis of yourself and what you believe you can squeeze out of life. This is why people of achievement typically overcome great obstacles in order to reach the plateau of success and often confront criticism head-on in their climb to the top. Nobody is able to steal their dreams or fill them with self-doubt or an inferiority complex, because they see themselves as worthy of the prize.

Eleanor Roosevelt once said, “No one can make you feel inferior without your consent.” And that is true. Too many people have succumbed to mediocrity, even though they possessed the potential for greatness, simply because they chose to buy into someone else’s view of them. And sometimes it is the people closest to us—a parent, a teacher, a mentor, a friend—who speak the most negative things into our lives and plant the most limited expectations in our hearts. It was that way with many of the great achievers of the past, and it is that way with most people of greatness today. But great people choose to ignore the negative appraisals of others and instead they buy into God’s view of them, a view that they are created with unique qualities and unique talents and with an equal blend of opportunity and challenge. A view that destiny is in their own hands and that the only roadblock that can restrict their access to the rewards they seek is their own stinking thinking about themselves.

Dave Martin is America’s foremost Christian success coach and the founder of Dave Martin International. His book, Another Shot, is available online and at bookstores everywhere.