Home»Blog»FACILITIES»Construction»What to expect IF you’re inspected 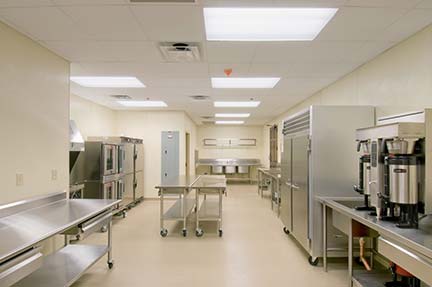 Generally speaking, if a church cooks for and sells food to the public, it’s subject to regular inspections from the state health department — once or twice a year, typically.

The number of meals served, and how often, are two more factors in the frequency of required inspections. “In some states, churches are exempt from inspections unless X numbers of meals are served per week or month, which bumps up the operation to commercial status,” explains Jack Berry, architectural manager for Perrysburg, OH-based Midwest Church Construction. “A church kitchen isn’t considered a commercial kitchen unless the health department licenses it as such.”

But even if that doesn’t happen, many churches with commercial kitchens voluntarily open themselves up to inspection, according to Marcus White, director of hospitality at Florida’s First Baptist Church of Orlando and executive director of Global Association of Christian Hospitality Professionals (GACHP). “After all, many of them serve schools, and often the food is for sale,” he says. “So, it sends a message that the church has nothing to hide.”

Libby Shoop, marketing manager at Indianapolis-based C&T Design and Equipment Co., Inc., says her firm takes a similar “open-door” approach to inspections when designing church kitchens. “We automatically file for permits, just to be safe,” she explains. “We find it’s best to just expect to be inspected.”

In the end, Stuart Powell, CEO and president of Oklahoma-based Cookshack, urges caution and due diligence when it comes to permits and inspections. “The rules are different from state to state,” he points out. “Any church looking at putting in a kitchen should contact its local health inspector to see what the local requirements will be.”