Former Clinton U.S. Deputy Assistant Secretary gives his take on making a difference, and feeling good about it 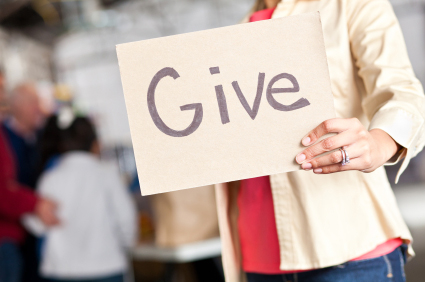 WASHINGTON /PRNewswire/ — Oliver McGee, 2012-13 American Council on Education Fellow at UCLA, gives his take on baby-boomer philanthropy and charitable giving forward.
Giving forward has long been a charitable aspect of our socioeconomic life. Private philanthropy has fulfilled this human need for reaching forward into the next generation and the generation after that.

Baby-boomer retirees plan to set new standards of diversity and participation in giving forward. Baby-boomer generational philanthropy and charitable giving is setting the standard for future generational giving forward. Baby-boomer retirees say, “I want to have an effect as a supporter.” Watergate’s impact on institutions during the baby-boomer era inspires a need for integrity and trust held by these donors in such well-endowed institutions, including churches, schools, colleges and universities and charities.

Contrast this going forward to “millennial generation” givers, who advocate “such well-endowed institutional diversity in giving forward is important right now. And, our multi-cultural, multi-ethnic world needs to fully participate in giving forward right away.”

Draw an additional distinction and look even further forward to “21st Tercentennial generation” givers. They participate, engage and trust such well-endowed institutions to “make a difference.” Cohorts of this highly shifted demography of givers have high expectations of a diverse institution working for future benefits of the next generation and the generation after that. These donors say, “Show Us,” and “Prove It, Now!”

Moreover, the 21st Tercentennial generation givers say, “We are looking way far out ahead in our giving forward.” This cohort of givers are even reaching as far out and beyond towards America’s Tercentennial – On Getting to 2076.

Altogether, humanitarian and moral benefits to baby-boomer donors and their private retirement philanthropic endeavors have been the central motivation and intent of baby-boomer giving forward planning. Tax benefits resulting from such good societal endeavors on the road to stakeholder value have also assumed increasing importance. This has become especially acute, as the complex needs of the country have substantially grown in scale and scope now and into the future.

Each baby-boomer retiree must ascertain if their charitable giving forward is best accomplished as an outright transfer or deferral gift during life, or postponed as a will or bequest upon death.

Efficient tax and estate planning is needed for effectual giving forward. Estate and bequest gift taxes under unified transfer tax consequences are equally burdensome on baby boomer donors and their families. Tax consequences play an essential role in determining how best to pass one’s retirement nest eggs and estate assets to a donor’s successors, including maximizing gifts, both outright and deferred ones, to chosen charitable beneficiaries.

America is a generous nation. Remarkably, Americans are an extraordinarily generous people. Most of all, our generosity is not necessarily just tied to tax benefits of giving forward.

Alexis de Tocqueville in “Democracy in America” records the American citizenry gives forward “without reference to any bureaucracy, or any official agency.”

Inside the most recent “Giving USA”, Americans are indeed extremely generous in giving forward to charities and philanthropic organizations at nearly $300 billion dollars as of 2012-13. This is equivalent to the net income of about 20% of all corporations of the Fortune 500 today.

To achieve this exceptional $300 billion-dollar amount of charitable generosity experienced by our citizenry (including baby-boomer retirees, and the largest emerging millennial generation — which is about an 8% larger cohort than the baby-boomers), America invested an equivalency of nearly $4 trillion dollars in assets, sold about $6 trillion dollars in goods and services, and drew upon the combined productivity of more than 40 million employed workers.

That’s a lot of goodwill for all charitable Americans to feel good about giving forward, for sure!

About Partnership Possibilities for America

Founded by Oliver McGee in 2010, the mission of Partnership Possibilities of America is to provide focused expertise and leadership by fostering greater public awareness, appreciation, advocacy, and advancement of social, technological, educational, economic, and political (STEEP) capacity of philanthropy working across government, university, and industry partnerships.