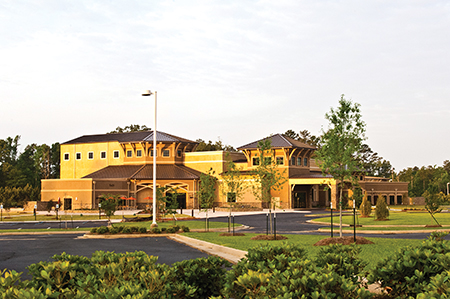 Churches relocate more than you think.

In fact, your own church might be moving. Or, maybe you’re wondering how to relocate successfully sometime in the future.

That’s why you need a communications strategy before you make the move.

An effective pre-relocation communications strategy starts with a statement of purpose. It doesn’t need to be very detailed; it acts as a reference for what you hope to achieve, and as a reminder of your commitment to the vision. You should be able to communicate effectively with your congregation and community.
Word of Life in Flowood, MS — under the leadership of Pastor Joel Sims — made a concerted, organized effort to get the congregation to move with them when they built their new campus in the suburb of Flowood 20 minutes away.
Executive Pastor Ryan Lamberson says the move was 10 years in the making. “The senior pastor at that time began the building project, as the facility had been outgrown,” he recalls. “During this season, the senior pastor went home to be with The Lord. His son took over pastoring the church and wanted to fulfill the vision God had given his father.”
Although the new facility was state-of-the art and offered many new and exciting features, it was on the other side of town. As such, the church wanted to prepare the congregation for the move so as not to lose members in the process.
Leaders implemented a five-step process:
#1: Reach out early. As Lamberson explains, during the entire building process, pastoral staff reached out through card, calls, and in person to those who would be making the furthest drives to the new location. The message they conveyed was clear: Those individuals and their families were valuable, appreciated and a huge part in the next step in the vision of the church.

#2: Communicate — consistently — the whole way. “We kept the congregation informed every step of the way,” Lamberson says. “[This gave] them ownership.”
This was done by mailing vision letters, as well as giving a short update at the weekend services regarding the progress being made. 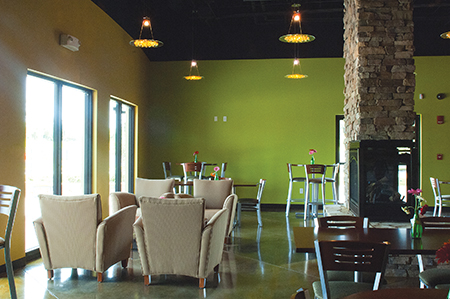 #3: Connect members with the construction process. At a World of Life onsite event held during construction, everyone was fed Chick-Fil-A and introduced to the vision of the new church.
“During this event, we connected [members] spiritually and emotionally by giving each person a Sharpie marker and asking them to write their names — and anything God put on their hearts — on the steel that was erected,” Lamberson recalls.

#4: Enlist staff enthusiasm and support. At the departmental level, Word of Life engaged its staff to keep the vision strong and exciting for all its “dream team” members (read: volunteers). This dream team was instrumental in getting the site staged for the church’s grand opening.
Staff members sent emails to volunteer teams and held team update meetings. They also engaged volunteers to help plan the grand opening, calling upon their unique experience in particular areas of ministry.

#5: Use the final few weeks in the existing facility wisely. According to Lamberson, possibly the most important commitment driver — implemented a few weeks prior to the church moving into its new location — was hosting an additional worship service at the existing facility. This provided additional buy-in from core attendees and members.
“We were running out of room, and everyone knew it,” Lamberson recalls. So, they asked each volunteer department leader commit to serve during two of the three service times. Church leaders communicated that how needed these volunteer leaders were in reaching new people who were far from God.
Additionally, a church-wide campaign — called “Unite” — asked everyone to commit to attending two services, serving at two services, or attending one and serving at one. Cards were passed out to get commitments, and the church gave out T-shirts as a thank-you to each person who made a commitment.

The Bible tells us in Habakkuk 2:2: “And the LORD answered me: ‘Write the vision; make it plain on tablets, so he may run who reads it.’”
And in Proverbs 29:18: “Where there is no vision, the people perish.”
As a church, God gives the vision — but, as church leaders, it’s important for us to project that vision before our congregations in as many ways as possible if we hope to get them connected and committed to where the church is going. If members can catch the vision, they’ll move with you!
Get creative. Ask the Lord to give you ideas to help engage your members and excite them about the changes coming.
For some, change can be challenging. Acknowledge this, and help prepare members for change before it occurs.

Rachael D. Rowland, M.P.A., has a heart for churches and has been blessed to serve them through her roles as marketing director and now office manager for Churches by Daniels Construction www.churchesbydaniels.com . Located in Broken Arrow, OK, this construction company specializes in designing and building churches nationwide.