A Bible study group in Hollywood leads to “crossover” events for this church.

We’ve all had the experience at least once in our lives where we’ve sat down with a good friend and found ourselves halfway through the conversation saying, “I never knew that about you.” As individuals, we are all blessed with unique compositions and stories. The way we see and experience the world varies greatly, but most of the time, when we run across acquaintances and even friends, we find ourselves only knowing the surface story — mom and school teacher; father and CEO; student and athlete. Rarely do we mine the true story of who they really are.

But through being the pastor at Yorba Linda Friends Church I’ve recognized how missing out on the truly unique aspects of a person is missing out on one of the greatest ways to share the gospel.

Several years ago I began leading a Bible study in Studio City for a group of young Hollywood actors, screenwriters, directors and musicians. I was overwhelmed with the great hearts, servant attitudes and talent that are just waiting to be utilized in the kingdom of God. From day one I began to wonder how I could bless these gifted artists and introduce them to our congregation.

So often the richest talent goes unnoticed by the majority of congregations in America. Sometimes it’s because we don’t know about them, sometimes it’s because we’re unaware of how to put it to use, and other times it’s simply because we fear alarming people with something different. But contrary to our inhibitions, so many great possibilities exist in every individual’s gifts. And one of the greatest avenues I’ve found so far at Yorba Linda is in hosting crossover events. 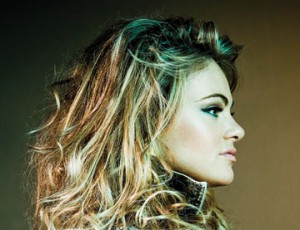 Take for instance Caitlin Crosby. Caitlin is a Los Angeles based singer/songwriter whose newest music video, “Flawz,” reached No. 1 on YouTube when it debuted. People in 21 countries took notice and resonated with a message that is the heart and soul of the Gospel of Jesus Christ. The chorus to the song “Flawz” reads,  “All my Flawz 2 see but U still love love me.” It’s refreshing to hear the words to songs that remind us that in spite of our imperfections, God’s love never fails or changes. This was and is the revolutionary message of the Gospel. It doesn’t seem that radical for those of us inside the church, but take it outside and everything changes. All of sudden people hear about a God who accepts and loves us as we are.

So the question becomes: How do you connect the two? And the answer is simple. You create opportunities for people to see and hear God’s perspective using crossover artists in church. Caitlin’s song “Flawz” was the catalyst for the sermon series I will be doing this fall on the life of David entitled “Flawed.” Even though David was a man after God’s own heart, he was clearly a flawed man. Few would ask David to serve in their church. After all, he was an adulterer, liar and murderer. And yet God used him, forgave him and restored him.

The series will open with an interview and a performance by Caitlin. We are going to have people identify their flaws and then release them to God. The opening sermon and event will provide an opportunity for people to invite their friends to hear Caitlin and learn of God’s grace. 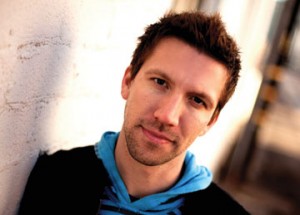 Another creative way to bring talent into your church is to create a non-conventional position on your church staff. In 2007, a drummer, lead singer and songwriter joined the staff of  the church as the worship pastor. Aaron Blanton began his musical career with the musical group Zilch and then, in 1998, was a founding member of Sonicflood — a multi-platinum selling, Dove Award winning, Grammy nominated group. In 2001 he became the founding member of By The Tree, likewise a Dove Award winning group where he is still a member.

Aaron continues to tour with By the Tree one weekend per month, lead worship at Friends, and create worship songs for our congregation. The vision to bring songwriters into the church is a deliberate decision to up the value of the arts and provide our congregation with music that was birthed at home.

One of Aaron’s songs, “Hands” was incorporated into a music video that is being used to expose the bonded slavery of the Dalit people in India. When a cause is given music and images, it greatly enhances its value and touches a deeper part of the heart. As the scope of the church continues to expand into a variety of areas, the church is wise to consider staff members who can serve in a dual role. 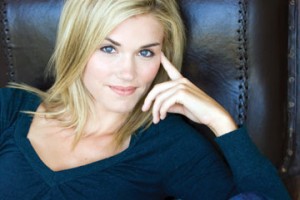 In a similar fashion, I recently spent several days on set in Nova Scotia with Emily Rose, the star of a new supernatural drama series on SyFy called “Haven.” Having likewise played the role of Dr. Tracy Martin on NBC’s drama “E.R.”, Emily is a part of the Hollywood Bible group I lead, and she and her husband have become close personal friends. I invited her to join me for a sermon series I did on the Seven Mountains of Influence.

During the interview, Emily was able to speak of both the craft and Christ, and it was incredibly beneficial for the church to know that there was a strong, viable witness in Hollywood for Christ. Beyond the simple message that Emily provided, this was a great opportunity to bring the unchurched to an event.

By doing something slightly untraditional and incorporating a variety of elements, the gospel immediately became more accessible to those who were new to it or wary. Not to mention that Emily became an immediate role model for the younger kids and adults in our congregation. Always unexpected blessings.

Inevitably, the stories of Caitlin, Aaron, and Emily all lead back to an essential pillar of the church: community becoming family. When we take time to get to know what makes those who sit by us in the pews unique, we grow in community and understanding. We begin to build relationships that can extend beyond the typical, “Hi, how are you?” and become a support system that nourishes and encourages the individual.

As you seek to create unique bridge events and delve into exploring the use of gifts for the use of ministering, know it is no small task. It will call each of us to use our creativity in new ways. But every community has a unique blend of people who can use their God-given talents to open new doors.