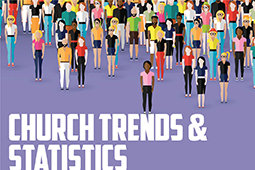 What Americans look for in a new church

A study conducted by Pew Research Center examines what Americans identify when choosing a new congregation — something that about half of adults do over the course of their lives.

About one-third of adults identified relocation as their reason for looking for a new place to worship. Few stated disagreements with members or clergy (11%) or marriage or divorce (11%) as their reasons for searching, with 15% stating other reasons such as changes in belief, practicality and/or social reasons.

Among those who have picked a new congregation, the biggest factor was the quality of sermons, at 83%. Meanwhile, 79% say they looked for a good welcome from the church’s leaders, and 74% say the style of services influenced their decision-making. Other factors include location, children’s programs, friends or family within the same congregation, and availability of volunteering opportunities.

In order to help them make a final decision, 85% of those looking for a new place of worship attended a service where they were interested in possibly joining. Sixty-nine percent connected with members of the congregation beforehand, while 68% talked to friends and colleagues about the congregation. This reiterated a common theme of in-person experiences as being central to the decision-making process.

Seven out of 10 say that finding a new congregation was an easy experience, with 27% saying it was difficult. Those who responded with a positive experience searching for a new place of worship say it was easy and convenient to get to, at 43% — which goes along with the finding that relocation remains the top reason for seeking out a new congregation. Those who found the experience difficult expressed disagreements about theology (26%); little accessibility to churches in their area (24%); or a lack of a feeling of fellowship (23%) as their reasons.

Overall findings about church attendance show that 51% of adults in the U.S. attend church regularly (which is categorized as once or twice a month), while 49% attend a few times per year, rarely or never. Those who report an increase in attendance attribute it to a change in beliefs — namely, that they felt an increased need for religion or for God to be a part of their life. Reasons for a decrease in attendance showed that those who do not attend are often busy or can’t get to their place of worship, for various practical reasons.

Around half of adults in the U.S. have never looked for another congregation, for various reasons. They might not go to church, or go very rarely, while others might be members of the same church their whole lives.

This particular study is the fourth based on Pew Research Center’s “U.S. Religious Landscape Study,” which is made possible by Pew Charitable Trusts.

In an initial study, Rae Jean Proeschold-Bell, an associate research professor of global health at Duke University, and her team, discovered that there was a difference between factors that promote positive mental health (PMH) and factors that decrease the likelihood of mental health problems, such as anxiety or depression. PMH is identified as possessing the moods typical of a healthy mental state, and what contributes to them — for example, a sense of satisfaction or personal meaning, or a feeling of belonging and purpose.

One factor related to clergy includes having a congregation that is positively engaged in the larger community and open to new ideas. Other factors presented are: a positive congregation, congregational support of the pastor as a person, and the pastor’s satisfaction with his or her most recent church appointment — an assignment that is typically made by the pastor’s supervisor, such as a bishop.

A general overview of clergy shows high rates of depression, possibly linked to dealing with stressful situations within their career. The study aimed to pinpoint factors that could decrease depression, anxiety or emotional exhaustion, and / or improve PMH. The clergy’s unique factors are not directly associated with mental health problems, unlike general population findings; many factors that are related to both PMH and mental health problems had to do with financial stress and either social support or isolation. No factors were related to mental health problems alone. This shows that it is important to identify both the positive and negative factors affecting mental health, in order to create potential solutions.

Proeschold-Bell offered a tip for clergy — to create a network of seminary peers, and maintain these relationships. This will offer continued support — something that might be hard to find for clergy, beyond a spouse or partner.

A study conducted by Barna (along with Thrivent Financial) of 769 planters from across the nation (“Church Startups and Money: The Myths and Realities of Church Planters and Finances”) addresses the financial backgrounds of church planters. The main component of the survey is what Thrivent Financial refers to as the “5s question,” which sheds a light on what the respondent thinks of his or her own current financial situation. Without being a direct indicator of the actuality of the situation, this question provides a gauge of their feelings towards finances.

The question asks those being surveyed to categorize their current financial situation in to one of the five groups :

1) Surviving: I require financial assistance to get by.

2) Struggling: I am struggling to keep up with day-today expenses.

3) Stable: I am fairly stable, but just making ends meet.

4) Secure: I am fairly secure, able to make ends meet and have some left over.

5) I have more than I need for myself and my family.

Findings showed that compared to 20% of U.S. adults who say they are “surviving” or “struggling,” 32% of planters place themselves in these categories.

Planters’ answers also generally align with their financial reality — 39% have a household income of $35,000 to $50,000 per year. This financial situation is reflected by the finding that 33% of startup leaders have considered leaving ministry due to financial strain, and 35% have reported difficulty in their marriage because of the strain.

Location also impacts the finances of planters. For the planters based in cities or inner suburbs, there are higher operational and facility costs, along with a higher cost of living and varying economic needs of congregants. Currently, 28% of planters are in inner suburbs, with 16% in large cities and 26% in medium cities.

Use of volunteers on the rise

Organizations are relying heavily on unpaid workers, according to research from Verified Volunteers’ “Volunteer Screening Trends and Best Practices Report: 2017.”

The percentage of organizations that are using 50 or more volunteers is 76%, up from the previous year’s 55%. The number of volunteers who are considered casual or one-time volunteers has also grown. This contributes to the finding that more volunteers are participating, but fewer are committing to donating long periods of time.

“Unfortunately, you may not know your volunteers as well as you used to. Yet you are responsible for their actions,” says Katie Zwetzig, executive director of Verified Volunteers. “If an injury or damage occurs, even if it was caused by a one-time volunteer, you can still be considered negligent in the eyes of the law.”

Consequently, 61% of organizations that were surveyed expect to do more background checks in 2017, with youth organizations topping the list as seeing the biggest increase. The amount of money being spent on these checks is also expected to increase, with organizations currently spending double the amount spent in the previous year.

The Verified Volunteers’ survey of 785 non-profit workers was conducted in May 2016, and includes those who run background checks on their volunteers. Although funding and staffing remain top concerns for managers, participants listed various other specific challenges. These include: recruiting volunteers in a saturated market; a supply of able-bodied, work week volunteers; an aging volunteer population; recruiting and retaining new long-term and frequent volunteers for high-skill projects; finding volunteers older than 21 and younger than 65; and having enough volunteers to keep up with program growth.

Findings on teenagers’ perceptions of the Bible

A recent study conducted by Barna — that contributed to the 2016 Teen State of the Bible research and The Bible in America studies — examines teens’ engagement with the Bible.

Fifty-four percent of teenagers decide to read the Bible because they feel it brings them closer to God. In a related question regarding perceptions of reading the Bible in public, 37% of teens responded that they were encouraged and happy to see other Christians around, while, similarly, 36% are grateful that the Bible still remains important to others.

When asked what they thought when someone referred to holy books or sacred literature, 86% of teens thought of the Bible. Consequently, 47% of teens strongly agree that the Bible acts as a source of hope.

Time spent on reading the Bible averages about 15 minutes per sitting. Thirty-six percent read for 15 to 29 minutes, while 22% spend 30 to 44 minutes.

During the election, 33% said that Bible influenced their opinion of candidates; overall, 15% of teens followed the election closely, and 50% followed it somewhat closely. Fifty-three percent of teens think the civility of politics would have been positively impacted by Bible reading; however, in 2015, this number was 62%.

The study is a random sampling conducted of teens ages 13-17 from all states. It includes 1,013 surveys.

Due date extension for ACA Reporting

The previous due date for 2016 information reporting requirements under the Affordable Care Act is being extended from its original date of January 31, 2017 to March 2, 2017.

The extension applies to “insurers, self-insuring employers and certain other providers of minimum essential coverage under 6055 of the Internal Revenue Code and for applicable large employers under section 6056 of the Code,” according to the IRS government website. This will allow those who fall under this category more time to gather the necessary information.