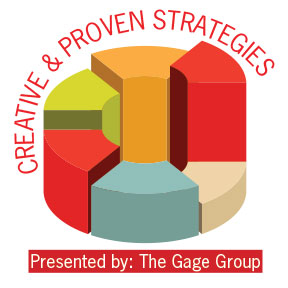 Q: What does true preparation look like leading up to the public-facing phase of a capital campaign?
A: For many churches, a major building project is their Super Bowl. They’ve got to be prepared for each phase of the big game — study the film, know their strengths and weaknesses, put together the best team and game plan.
To be fully prepared, a church would first have to develop a financial roadmap for success. We’ll get into that more in a minute.
We must begin by creating the game plan — a campaign strategy, including the timeline and all the details within
the calendar.
Then, you must have a solid team in place to execute the game plan, whether they’re laypeople, staff or — for large churches — an executive team. Then, as a consultant, I coordinate the communication resources and training materials. In addition, I will help determine if the communication strategy will be done in-house or utilize outside professionals.
Now, we are ready to move the ball up the field at the proper pace. Only then are we prepared to go to the next step: getting everybody organized. We’ll get in depth on that phase in our next series installment.

Q: What does a financial roadmap look like?
A: First, you need to define your purpose. What are we doing? Why do we want to raise money?
Then, it would be wise to determine the church’s giving and financing potential. For most churches, we begin the process approximately four to six months before a capital campaign is publicly launched. We can help the church with a preliminary giving analysis to determine its giving potential.
A church needs to determine what kind of financing it is able to afford. It’s like driving across town and touring a multi-million-dollar home. You might fall in love with it, but there’s not a bank in town that would loan you the money to buy that home if you can’t afford it.
Or, hypothetically, let’s say the bank says your church can borrow $10 million. While that’s more money than you’re willing or able to pay back, the bank feels like you can or they wouldn’t loan it to you. But the point is, the church would be in a sizable debt, and it will probably limit ministry.
As an alternative, the church can raise half through a capital campaign and finance the additional $5 million balance.
This will limit the debt exposure and frees up more revenue for missions, programs, staffing and everything else.

Q: Some churches have conducted capital campaigns before — successfully. What’s something they don’t know about preparation?
A: That what they’ve done in the past might not necessarily work today.
For example, recently I was talking to a small church that’s building a new $8-million worship center. Since their last building campaign, the church has grown substantially and they don’t understand why they should hire a fundraising consultant.
In years past, when they needed to raise money, they just told the congregation what they needed, and God’s people showed up and paid for it — but they’ve never pursued a project of this magnitude. Unless they have several people who can underwrite 50 percent or more of the project cost, they are unlikely to raise this kind of money.
There are so many things in life that are constantly changing. Some churches adapt; others get stuck in ‘what we’ve always done.’ And there are constant changes in capital campaign trends, too. Because we do this every day, we understand the positive and productive trends. Sometimes, it’s one or two small decisions that make all the difference in a congregation’s level of participation.
All this equates to preparation. Are you utilizing every advantage available to you and being prepared in the best way you possibly can?

Q: When preparing for a capital campaign, the core leadership team will be key. How does that team — and its functionality — differ depending on a church’s size?
A: Small churches will likely have core leadership teams made up of laypeople. A few challenges are their ability to devote enough of their time to the campaign, the lack of skill, and the familiarity with day-to-day operations. When I’m working with laypeople, the consistency of our meetings is critical. I give them a plan of action and meet every three weeks for three to four months before the campaign phase. That ensures they’re moving and executing at the proper pace, and in a way that meets the campaign’s and church’s objective.
Large churches are mostly staff-led.  So, they’ll likely make up the core leadership team.  Currently, about 80 percent of the churches I work with are staff-led. Usually, we identify staff members to take on leadership positions for the campaign based on their skill sets.
A large church I’m working with right now has a communications department, with two graphic designers and a video production team. They’re doing everything in-house. A smaller church with lay leadership leading the campaign would likely need to outsource that work.
Typically, an executive pastor is on staff in large churches — someone already identified as a leader. So, with that confidence and trust built in, this person is an obvious fit for the campaign director role. As a consultant, I work very closely with that person — on planning, preparation, training and organization. We put together a calendar with timelines; then, it’s his or her task to manage them.
In a megachurch, a capital campaign’s core leadership team usually consists of four to six executive staff members. This executive staff team is scheduled to meet with me for each meeting. We work together on developing the strategy and the timeline. Then, the executive team takes all that information to the skilled people on their staff.
In churches of all sizes, there’s a spiritual component, as well. Primarily, this is the preaching of God’s word every Sunday. Typically, the pastor leads a three-to four week sermon series, accompanied by a weekly small group study.
In addition the prayer team will design a customized prayer strategy with daily devotionals and prayer events for involving the entire congregation.
All this is determined during the preparation phase. Whatever we agree to, we implement within the church’s structure.

Paul Gage is founder and president of The Gage Group in Dallas-Ft. Worth, TX. Gage has more than 30 years of ministry experience and has personally provided consulting for 500-plus successful capital campaigns, assisting pastors and church members to raise in excess of $1 billion.