Celebrity involvement in concerns over poverty and global justice has contributed to the attention today being paid to justice issues.

Mae Cannon was immersed in the social issues of our day in ways she never expected. She grew up in southern Maryland and “experienced a lot of racial tension between the black and white communities.” Going to the University of Chicago and graduate and seminary schools she became aware of some of the “amazing challenges” that communities of color face in the U.S.

Such challenges turned very personal when she and her husband adopted an African American boy who they were caring for through a pre-foster care program. “We were amazed at the racial questions people asked,” she recalls. “We couldn’t believe the way we were sometimes treated. We learned so much about ourselves and about racial tensions that still exist in our culture.”

Cannon has learned much about “the truth of oppression and injustice,” she says, through “awareness experiences” that were “intentional encounters between whites and people of color to learn about the historical context of oppression in the U.S.” Furthermore, she spent three years on staff at Willow Creek Community Church as director of Development and Transformation Extension Ministries, then as executive pastor of the 600-member Hillside Covenant Church in Walnut Creek, CA. This Spring Cannon and her husband, Roby Fisk, left the congregation to complete academic work at UC Davis and Golden Gate University, respectively, before looking at next career opportunities.

Out of her congregational work came a book, Social Justice Handbook: Small Steps for a Better World (IVP Books, 2009), that is described as a guide for individuals and churches to move from apathy to advocacy with practical tools for living out compassion and justice. Church Executive posed questions to Cannon about social justice and the new book.

I believe the movement toward social justice has been largely inspired by secular trends with the church following behind. Because of modern technology and the increased globalization of the world, the problems and challenges facing the poor seem to have come much more to the forefront. In considering all of the celebrities and news articles that have been written about poverty and global justice, I can’t help but think that they contribute to the attention that is being paid at this time.

I wish that I could say that the evangelical church is leading the way, but I am not sure that is the case. I think the church is following a trend that is largely inspired by secular activists: Consider Bono (who is sympathetic to the church), Angelina Jolie, the ONE Campaign, Jeffrey Sachs and the UN Millennium development goals. As these initiatives have moved forward, Christians have also joined the efforts and created organizations like Micah Challenge, Jubilee Justice, and other organizations that are seeking to integrate what the Scriptures have to say about justice and what it means to do good in the world.

I hope that the church will continue to integrate social activism, evangelism and Christian discipleship as I believe that each of these components are important aspects of the Gospel.

What were a few early defining moments in getting your work underway at Willow Creek?

My first year at Willow (2004) was largely spent planning for the inaugural trip of the Justice Journey — a spiritual pilgrimage through the south to learn about the historical experience of African Americans living in the United States. We worked with Dr. John Perkins and others to develop the trip and a small group of us traveled together for a week through cities such as Atlanta, Memphis, Birmingham, Selma and Montgomery.

My responsibilities also included overseeing volunteer teams who were already engaged in compassion and justice ministries — particularly in the areas of homelessness, prison ministry and poverty related ministries. Other initiatives included Learning Communities where more than 100 people would gather for interactive sessions with guest speakers who taught about core issues of social justice. We had a leadership team of about half a dozen people and we led regular group discussions that typically included 20 to 25 people asking the question of what it meant for Willow to be involved in social justice.

In 2005, I took our leadership team to Washington D.C. to meet with Jim Wallis [of Sojourners] and leaders at International Justice Mission (IJM). In the first year or two, our social justice ministry hosted a lot of Bible studies, discussion groups, and task forces to thoughtfully discern action steps for moving forward.

How should other congregations today be “calling the church into action,” as you call it?  How is what you are doing/have done different from “missions work” that many churches are already doing?

It is important that churches be willing to openly discuss social justice and what the Bible has to say about it. Sunday school classes, sermons, Bible studies and workshops are great ways to allow this to happen. Many conservative churches have a hard time with the language of “social justice” because it makes them think of the social gospel, and the assumption that the tenants of Scripture will be thrown out the window.

That doesn’t have to be the case! One of the first studies I conduct is a word study of justice and righteousness and what both the Old Testament and New Testament have to say about God’s heart for justice. Traditional missions work is international and often neglects the immediate needs of our surrounding community, urban communities and the domestic poor. Although we do not have extreme poverty — those who live on less than $1 a day — in the United States, I believe that the poor in America are also our neighbors. 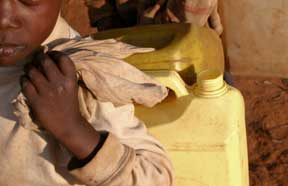 Evangelism and the expression of love in the community through compassion and justice go hand in hand. I truly believe that the engagement in social justice ministry is the greatest evangelistic opportunity of the 21st century. As nonbelievers engage in justice alongside the church, they are introduced to the person of Christ and the fact that our faith in him is what compels believers into action.

You write, “I wanted to know the down and dirty pragmatics — the very basics of social justice, beyond academic articulation and systematic theology.” Briefly, what are those pragmatics?

I believe that most of us are apathetic about something! There are many different components of moving from apathy to advocacy. I wish there was a four-step process, but the movement toward advocacy is much more organic and is different for every person and community based on the circumstances. For Christians, the movement toward advocacy is provoked and inspired by the Holy Spirit.

There are several components that I believe are often present: prayer, awareness, lament, repentance, partnerships, sacrifice, evangelism, and celebration. Social Justice Handbook goes into greater detail about why each of these components is important and about how they support and encourage us on the road to advocacy.

There are many different types of advocacy that include: spiritual advocacy social advocacy, legal advocacy, and political advocacy. Individuals and churches need to be committed to intentionally and prayerfully moving beyond compassion and to pursuing justice by becoming advocates for the sake of the poor and the oppressed.

Why is social justice complicated, as you say? What are the strong feelings people have about the phrase?

Social justice is particularly complicated for the church because of the historical separation between evangelism and personal discipleship and how love and compassion are expressed in the world. Sometimes people feel more comfortable with the language of “biblical justice” because it does not have the same connotations as the historic phrase “social gospel.” The term social justice can also tend to be very politically charged — but I don’t think it has to be! — as Christians seek to answer questions about the role of the government and the role of individuals, churches and communities in responding to domestic needs and needs around the world.

You describe yourself as one who is “highly driven and intense,” something of a change agent. How do you look at change in congregations?

Often church communities say they want change, but when the time comes — change is very difficult! Someone once told me that communities and organizations really only want about half of the change that they ask for. Change and progress comes at a high cost, effort, and the ability to be able to make hard decisions. It is important for the church to tread gently and to following the leading of the Holy Spirit when it comes to organizational shifts and movement within the church community. However, the church also needs to be willing to take risks and to diligently press forward in responding to the needs of their community and those outside of their walls.

How have you worked at building a team when you had 20 employees at Hillside?

We used Patrick Lencioni’s book The Five Dysfunctions of a Team as a guide along the way. We opened the Scriptures and sought to discover what the Bible has to say are characteristics of a healthy community. We were committed to healthy conflict and to honest conversations (Matthew 18). The team is very gifted and worked very hard in their respective roles.

When I first went to Hillside, I believed in the leadership tenant, I believe Max Dupree said this, that the first task of a leader is to define reality. This can be particularly hard for church communities, because they tend (many times) to be “grace based” and not “truth based.” I don’t believe that grace and truth have to be juxtaposed, but often in the church being truthful is viewed as not being “nice.”

In my first year, I delved into a process with our staff team of “defining reality.” While I think that honest assessments are critically important, I learned a very valuable lesson. The first task of a leader is not to define reality; the first task of a leader is to love your people. Once your people know they are loved, they will be open to hearing the truth about what is going well and where are areas of growth. I grew to deeply love the staff and people of Hillside, and I believe as a result they became more willing to allow me to lead them as their executive pastor.